The establishment that invented kaoliang tea eggs is near the pagoda entrance.

If an authentic Ming dynasty stone pagoda is on your bucket list, this is the place to come!

Wentai Pagoda was built in 1387. Due to its historic significance, it's now a national monument. One of three stone pagodas built in Kinmen under the emperor's direct order, it was the only one to escape damage from wars over the years. 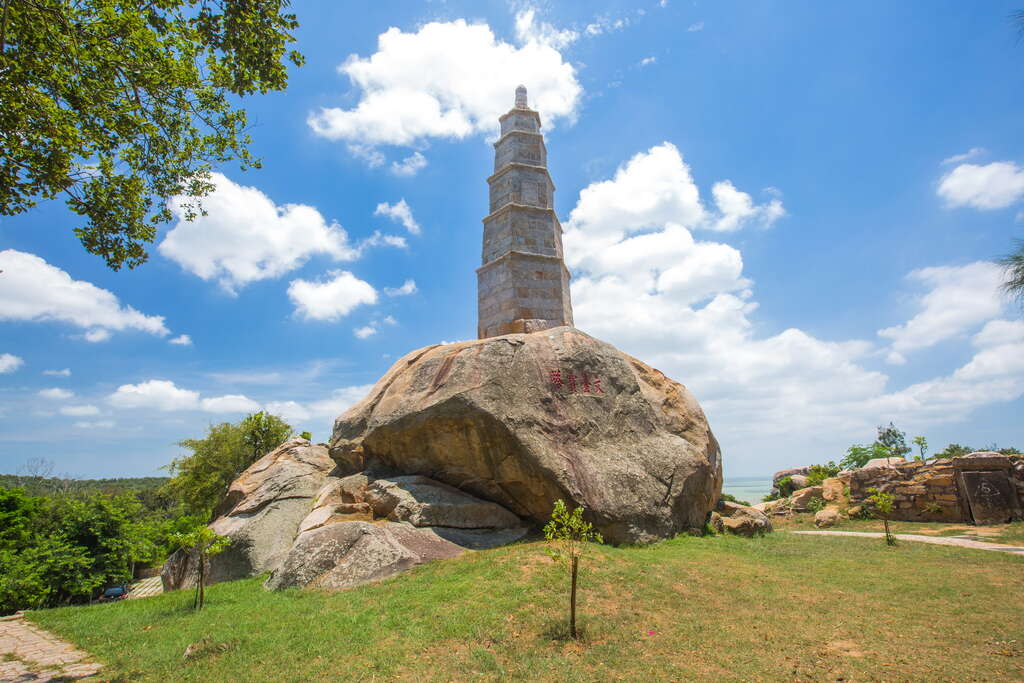 You can think of this pagoda as a stone lighthouse. Its main purpose was as a landmark for sailors.

Looking up to the roof, you might spot some inscriptions and carvings. They include an image of a Chinese deity kicking a wooden box, which symbolizes Kinmen's thriving literary scene at the time.

The red engravings on the stones at the foot of the pagoda are important not only for what they say, but for who wrote them. The characters that read "Wentai Pagoda" are in the handwriting of a Ming dynasty military official named Chen Hui. The characters that translate as "The nation's golden gate" are the calligraphy of the Chinese painting master Zhang Daqian. 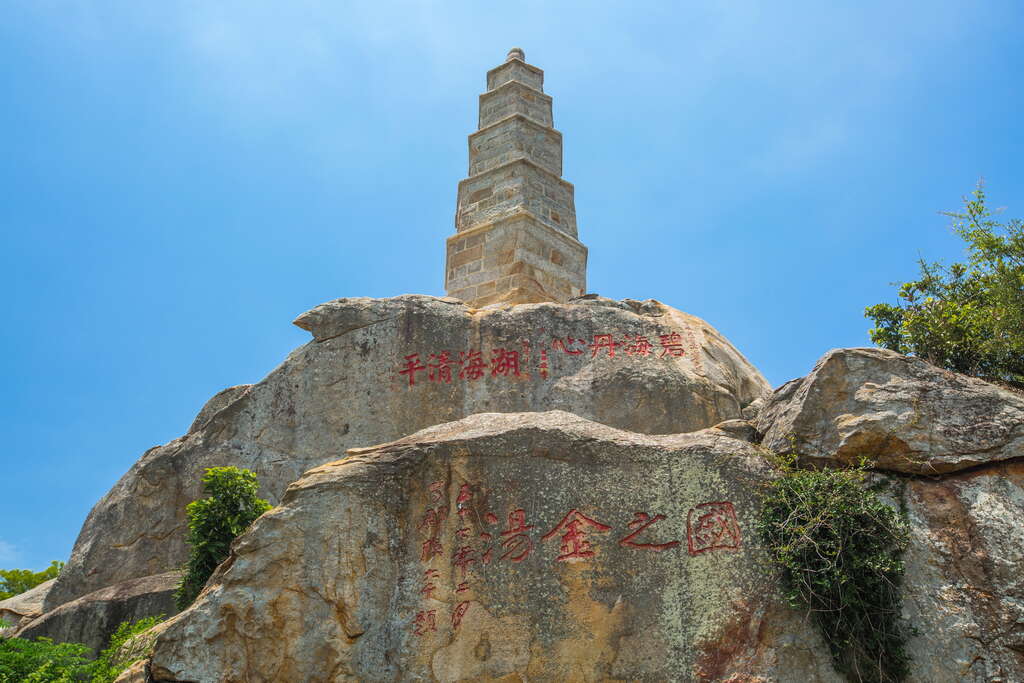