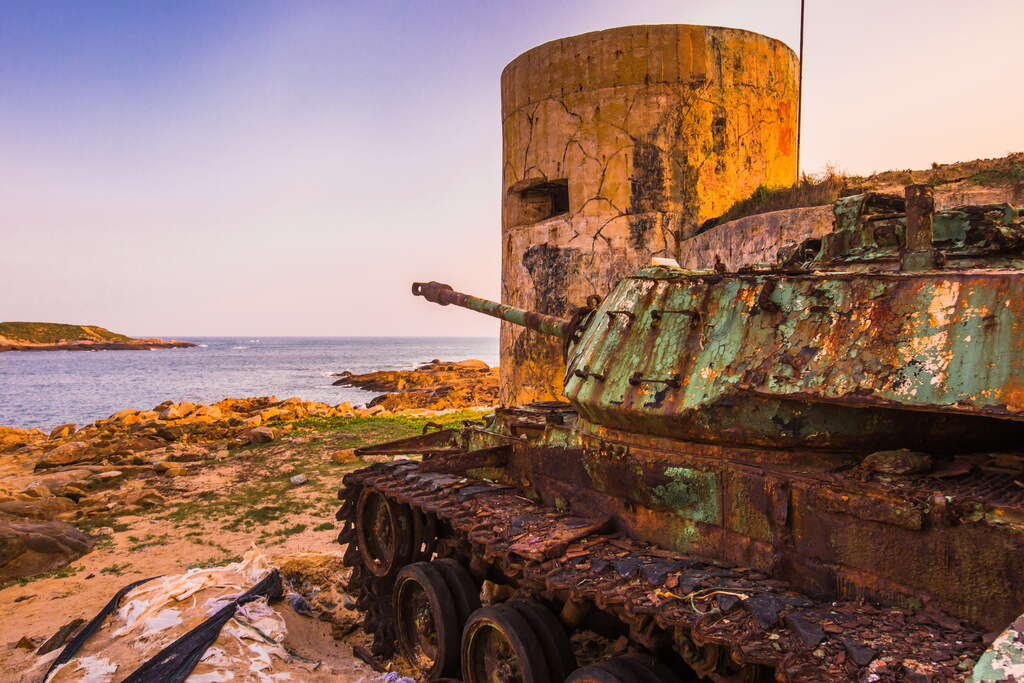 A hot spot in the Cold War, the rest of the world suddenly heard about Kinmen (then called Quemoy) in 1958 when the Communist Army just across the waters attacked the islands where many Nationalist troops were stationed. 20 years of regularly scheduled reciprocal bombing between the two sides followed. Locals helped build and then took shelter in the many underground tunnels on Kinmen.

Today, you can buy sturdy knives made from the shards of the thousands of bombs that fell. You can still see holes in the walls of old houses from the shelling, and walk through some of the tunnels. Although peaceful now, reminders of wartime are around nearly every other corner in Kinmen.