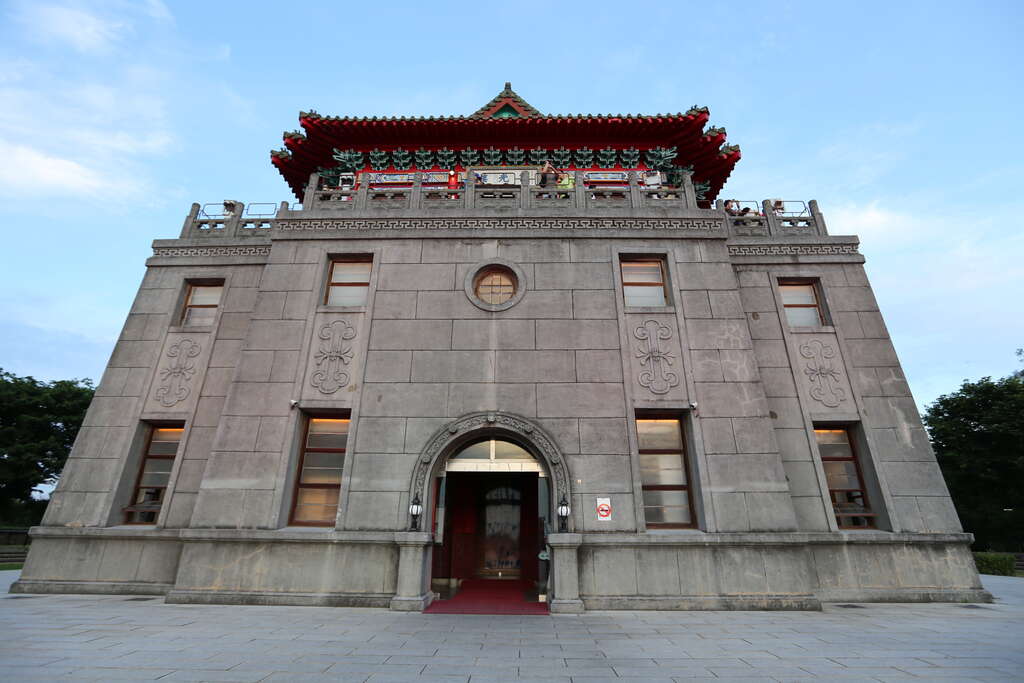 Juguang Tower
Juguang Tower sits on the southwestern side of Jincheng overlooking Juguang Lake. Behind the Tower is the Fonglian Range and it faces the river mouth of Wujiang River and is linked to Jiangong Island. The grounds cover over 6612m2 and from the top visitors can enjoy sweeping views of Houpu (Jincheng Township), Wujiang's tides and even Jiangong Island, Lieyu and Mainland China in the distance.

Construction on the Juguang Tower commenced 1952 at the same time that the "Wu Wang Zai Jyu" inscription was unveiled to commemorate the heroism of soldiers and officers in pat battles over Kinmen. The Tower was completed on the fall of 1953 after a massive expenditure of money and manpower. Both the military and civilian populations were involved in the project, demonstrating their battleground unity. The tower itself is three stories tall and was built in the classical palace style. The inscription "Juguang Tower" at the top was written by Lai Sheng-Ming, the hero of the Battles for Dadan and Erdan Battles in 1950, he braved the enemy fire to carry out the orders of his company commander and became a national hero. The choice of an ordinary soldier with awards for valor instead of important dignitaries was in keeping with the Juguang Tower's mission as Kinmen's Museum of Heroes. When the Post Office issued stamps featuring these two locations, over 1.72 billion stamps were sold and distributed around the world. 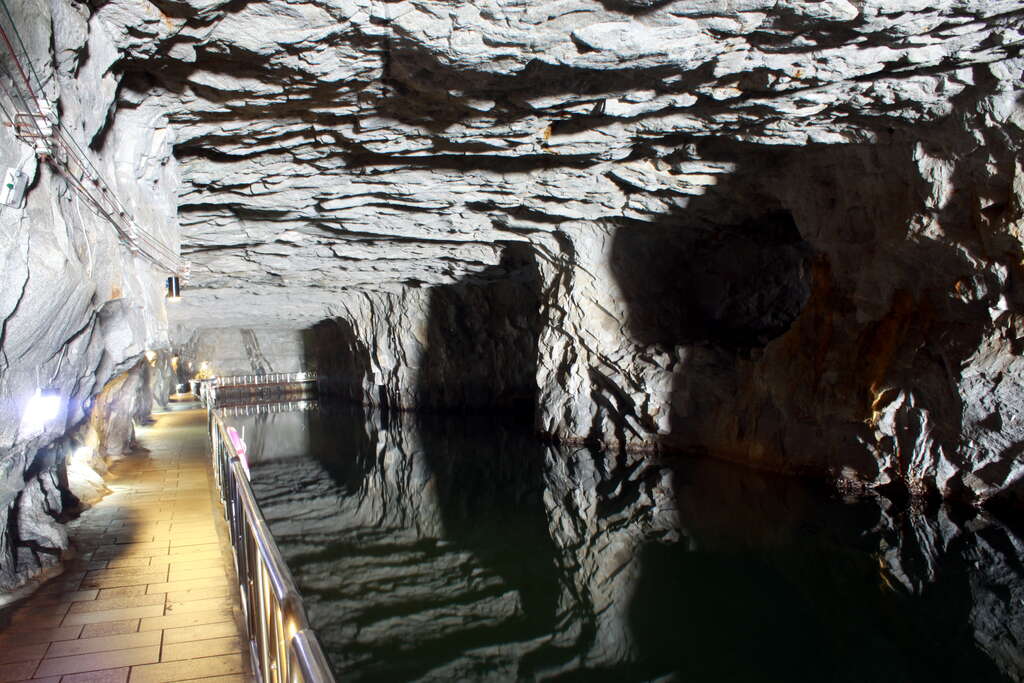 Zhaishan Tunnel
The Zhaishan tunnel, located southeast of Gugang Lake, is an underground tunnel that leads directly to the ocean from the inner land. The excavation of the tunnel was launched in 1961 and completed. The tunnel serves mainly to preserve the combat capability of military boats.The main body of the tunnel was excavated through the bedrock of granitic gneiss and divided into a walkway and a waterway. The walkway measures approximately 101m in length, 6m in width and 3.5in height, containing seven camp houses. The waterway is distinguished with A-shaped entrance and exit, each equipped with a rolling-machine controlled water-gate. It measures approximately 357m in length, 11.5m in width and 8m in height, which can accommodate 42 military boats at anchor.